See Hayden Panettiere’s drastic changes she has made to her hairstyles over the years. We have gathered how the gorgeous actress transitions from long to short hair and do dramatic hairstyles that she rocked in any way.

Last June 1, 2014, the actress was spotted at the presentation of the museum achievements Klitschko brothers in a casual bun and a stylish getup.

During the HBO 2014 Golden Globe Party, the actress showcased not just elegance but also confidence with this medium-length, slicked back hair. 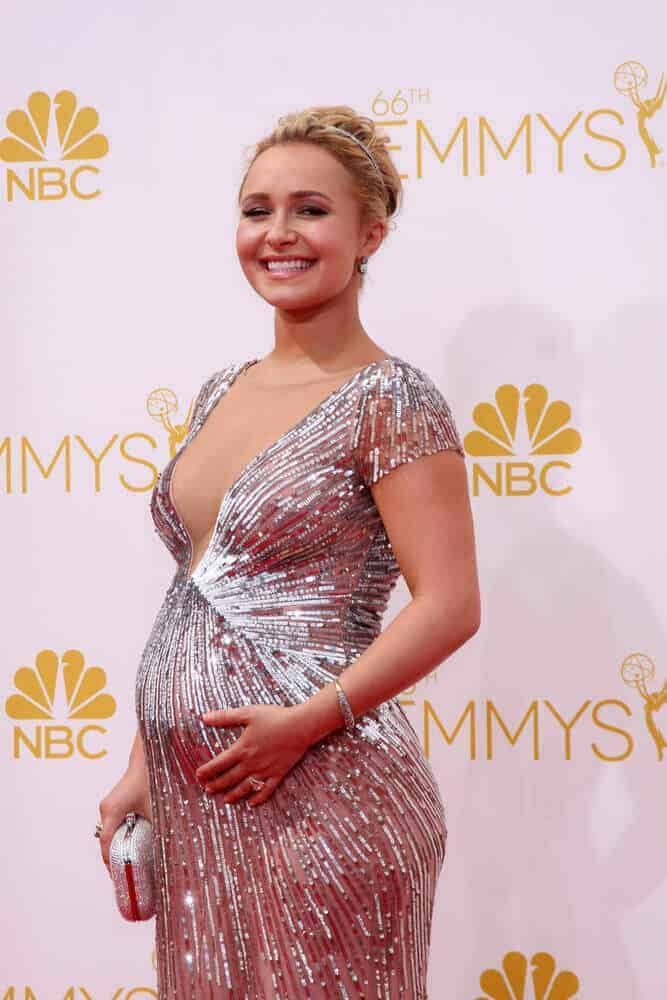 The actress embraced the beauty of pregnancy with her stunning night dress paired with a stylish updo. This look was worn for the 66th Primetime Emmy Awards, August 25, 2014.

The actress arrived at the 2013 HBO Post Golden Globe Party at Beverly Hilton Hotel with her loose hair enhanced with some flattering layers.

The American actress looked divine and graceful with this beautifully braided upstyle she wore for the White House Correspondents last April 27, 2013. 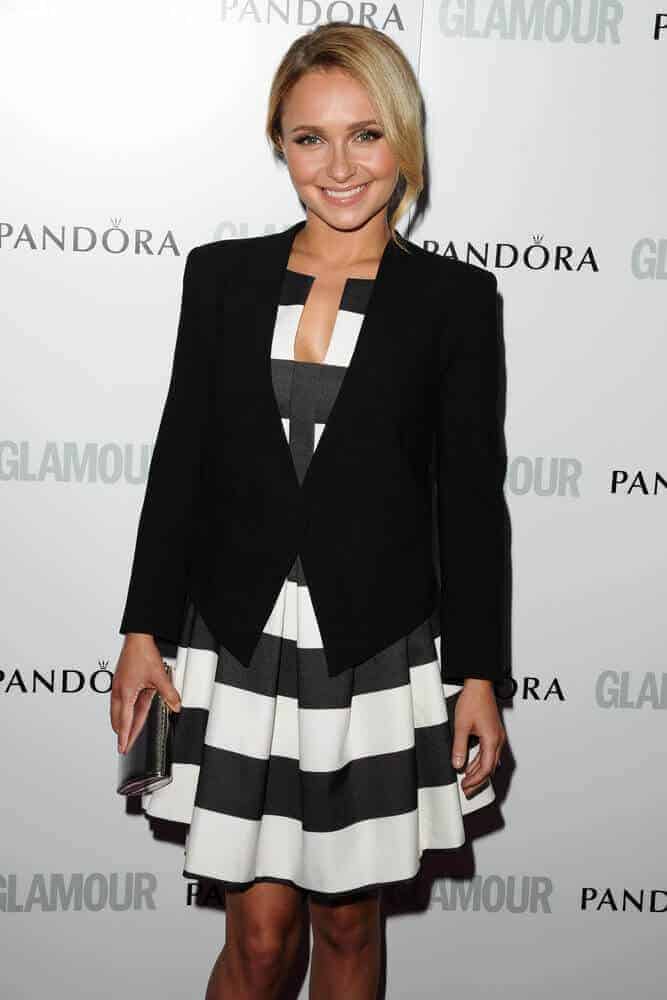 During the 2013 Glamour Women of The Year Awards, the actress proved that one way to elegance and beauty is simplicity. She attended with a formal bun, incorporated with long side bangs.

The actress had her locks pinned into one side during the 2013 Billboard Music Awards, what a way to showcase her playful and sweet side!

Last March 9, 2013, the actress unleashed her inner sweetness and simplicity at the “Nashville” PaleyFEST Event with a ponytail and a pink lipstick. 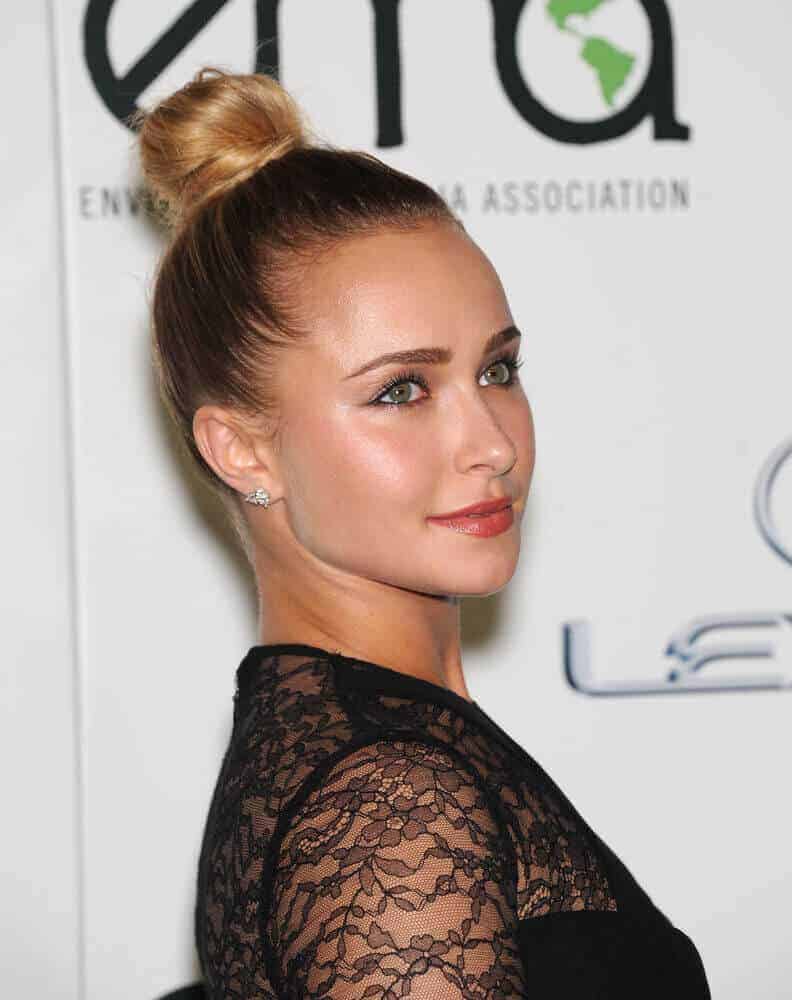 The actress slayed the Environmental Media Awards 2013 with this neat and classy high bun. Her overall getup looked stunning and elegant.

During the 2012 American Music Awards, the actress portrayed a sunny and bubbly personality with this upstyle with side bangs. 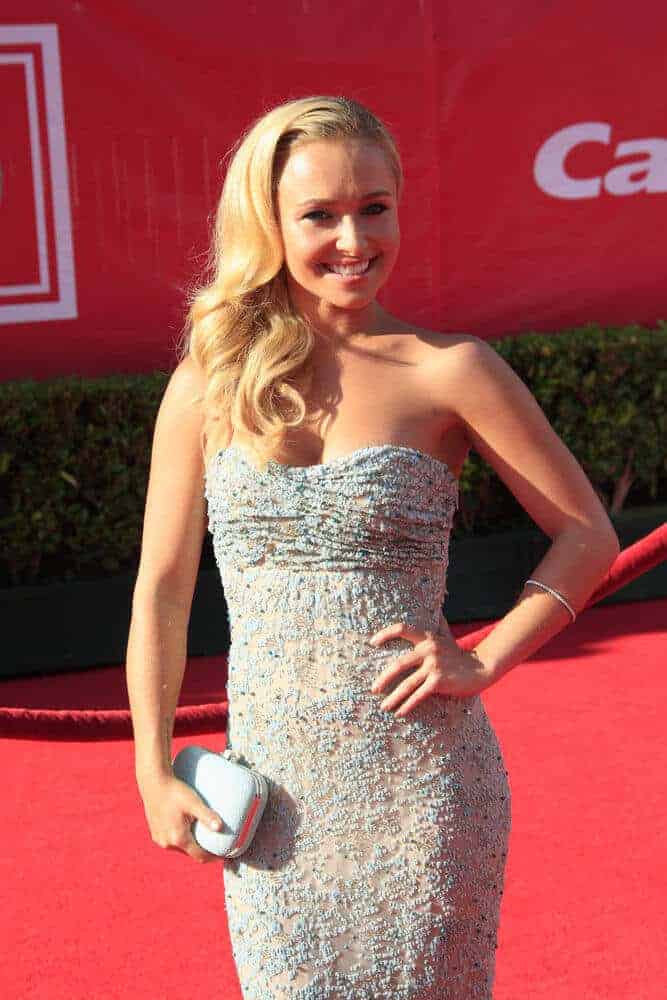 The actress exhibited a sweet and feminine aura with her side-swept locks. This look was worn for the 2012 ESPY Awards at Nokia Theatre, Los Angeles, CA. 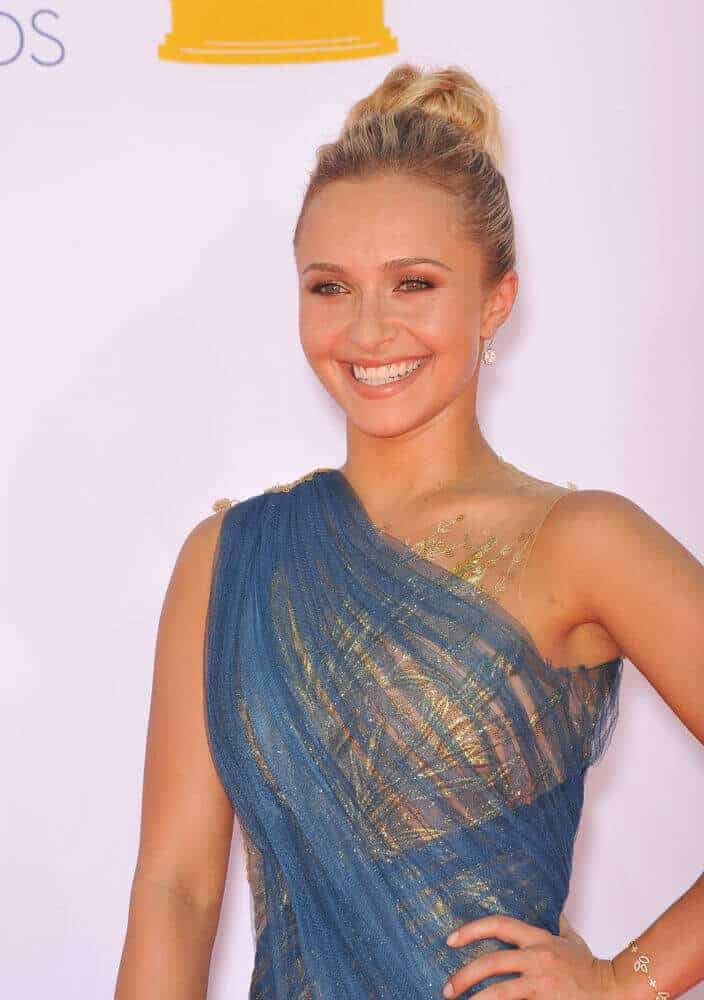 The actress showcased her sexy side with this curly upstyle she wore for the 2012 CMT Music Awards.

The actress flaunts her soft and extra shiny locks during the 2012 ABC Teens Choice Awards Party.

Looking all casual and sweet, the actress attended the Variety’s Power of Youth on October 21, 2011, with blonde highlighted hair in an upstyle hairstyle.

During the 2011 Us Weekly’s Hot Hollywood Style Party on April 26th, the actress sports an upstyle hairstyle with short tendrils on both sides. She paired it with a sweet smile that extends to her beautiful green eyes.

Hayden Panettiere slayed the red carpet at the world premiere of her new movie “Scream 4” last April 11, 2011, with a gorgeous red dress and a classic upstyle that flatters her heart-shaped face.
Confident Hayden Panettiere looked fierce in a printed dress and a trendy upstyle hairstyle that’s eye-catching. This was worn during the 2010 World Music Awards at the Monte Carlo Sporting Club last May 18th.
Last November 02, 2009, at the Jimmy Choo for H&M Collection private event the actress rocks a loose hairstyle with a subtle side-swept on the right. It looks very casual and chic paired along with a black zipper front dress.
Hayden Panettiere arrives for the Hollywood Life’s 6th Annual Hollywood Style Awards on October 11, 2009, with a sophisticated purple dress and a messy upstyle hairstyle incorporated with tendrils.

During the HBO’s Official Premiere of “Entourage” Season 6 last September 7, 2009, the actress shows off her center-parted hair with inward layers. It goes well with her tube dress and subtle smoky eyes.

The actress looked charming and sweet in a pink dress that complements her pale pink lipstick. She paired it with a messy updo that was worn on August 9th during the 2009 Teen Choice Awards at the Gibson Amphitheatre, Universal City.

The actress attended the 2009 Spike TV Guys Choice Awards last May 30, 2009, sporting a shoulder-length hair in beach wave curls. She finishes the look with charming earrings and a sequin dress with see-through sleeves.
Hayden Panettiere at the Los Angeles Premiere of “Star Trek” held on April 30, 2009, with short layered hair and a classic black dress that complements her smoky eyes.

During the Declare Yourself’s “Domino Effect” Hollywood Party last September 24, 2008, the actress exhibits a trendy black dress along with a low bun and wavy tendrils accented with octagonal hoop earrings.

The actress arrives for the Whaleman Foundation benefit held on August 10, 2008, in a gorgeous tube dress and a neat upstyle hairstyle that’s brushed backward. Stunning earrings completed the sophisticated look.

The model shines in a pink halter dress with her hair backcombed on a neat bun. She finishes the look with a peachy makeup that was worn during the NBC Universal 2008 Press Tour All Star Party held on July 20, 2008.

Hayden Panettiere rocking a ponytail hairstyle with her short blonde hair complemented by a loose printed dress. This was worn at the 2008 ESPY’s Giant Event. J Bar and Lounge held on July 15, 2008.

Hayden Panettiere looked ravishing in a black dress and classic updo with long side bangs on the sides. This was taken last February 10, 2008, during the ‘Fireflies In The Garden’ Premiere at the 58th Berlinale Film Festival.

The actress flaunts her wavy long hair with subtle side bangs along with a classic red dress that she wore at the Los Angeles premiere of ‘The Spiderwick Chronicles’ last January 29, 2008.
Last May 14, 2007, the actress attended the Primetime NBC Network Upfronts – 2007-2008 with a nude dress and a cute ponytail that’s gathered on one side. It was incorporated with side bangs for that chic look.

The model showcased a chic look with a striped yellow dress accentuated by her long tousled hair that’s highlighted. This was worn during the Academy of Television Arts & Sciences Presentation An Evening with “Heroes” held on April 23, 2007.

The actress sports a loose hairstyle that’s slicked back by a headband. It is paired with charming boho earrings that she wore during the world premiere of “Rocky Balboa” on December 13, 2006.

Hayden Panettiere looked gorgeous in a white lace dress paired with a stunning sapphire necklace. It was completed with a voluminous wavy hair that she wore at the VH1 Big in ’06 Awards on December 02, 2006.

During the GQ Man of the Year Awards at Sunset Tower Hotel on November 29, 2006, sweet Panettiere exhibited a charismatic look with a blue turtleneck dress and her short blonde hair arranged in a neat bun with side-swept bangs.

The actress flashed a sweet smile showcasing her low-tied ponytail that has defined curls on its ends. It was accentuated with hoop earrings that she wore at the NBC TCA Press Tour at Ritz Carlton Huntington Hotel on July 22, 2006.

Aplication Leter To The Clas Teacher For Leave