Discover how Hailee Steinfeld’s hairstyles evolved over the years. We have seen how the young actress blossomed into a beautiful woman and how she recreates various hairstyles with her long wavy hair.

The singer arrives for the MTV Video Music Awards held on August 26, 2019, in a chic dress and matching red lipstick. She finishes the look with a permed hair showcasing gorgeous waves.

During the WE Day California at The Forum on April 25, 2019, the singer arrives with a black top and pants along with a tousled hairstyle that completed her casual look.

Hailee Steinfeld shows off a neat upstyle hairstyle complemented by a wavy tendril that falls down her cheek at the World premiere of ‘Bumblebee’ held on December 9, 2018.  It was completed with a trendy black dress that perfectly suited the theme.

The actress looked charming in a floral pink dress with her hair center-parted which was worn during the Vanity Fair Oscar Party on February 24, 2019. Subtle waves add volume to her brunette tresses.

A glamorous Hailee Steinfeld arrives at the KIIS FM’s Jingle Ball 2018 last November 30th in a V-neck sequin dress paired with black boots. She had her locks in big, defined curls that bounce all the way her shoulders. 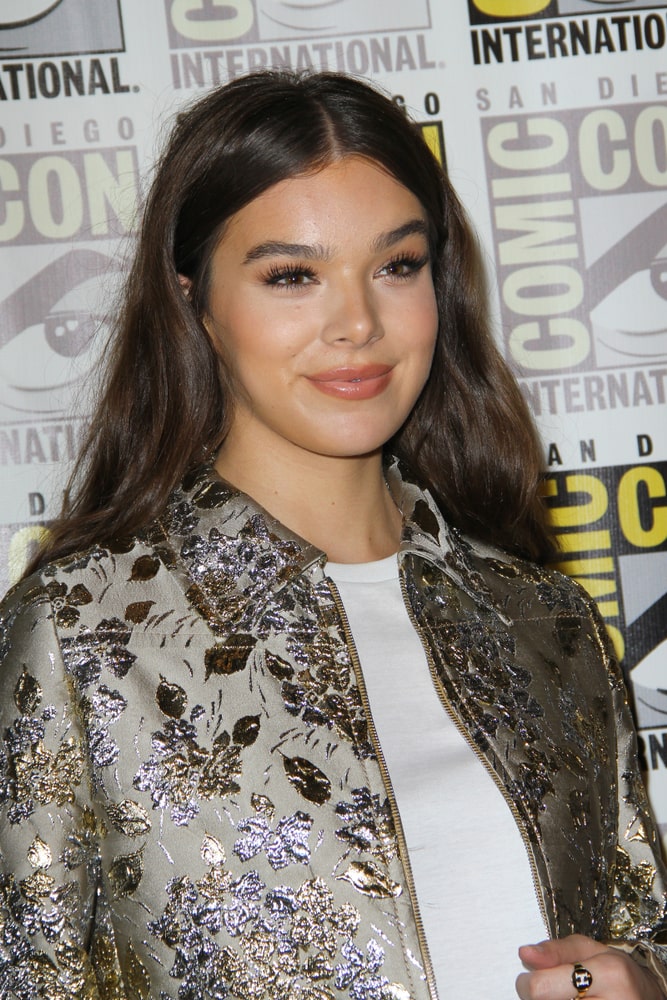 Looking all sweet and chill, the singer rocks a simple white shirt and a floral blazer along with a tousled hair for that effortless look. This was taken on July 20, 2018, during the “Bumblebee” Press Line. 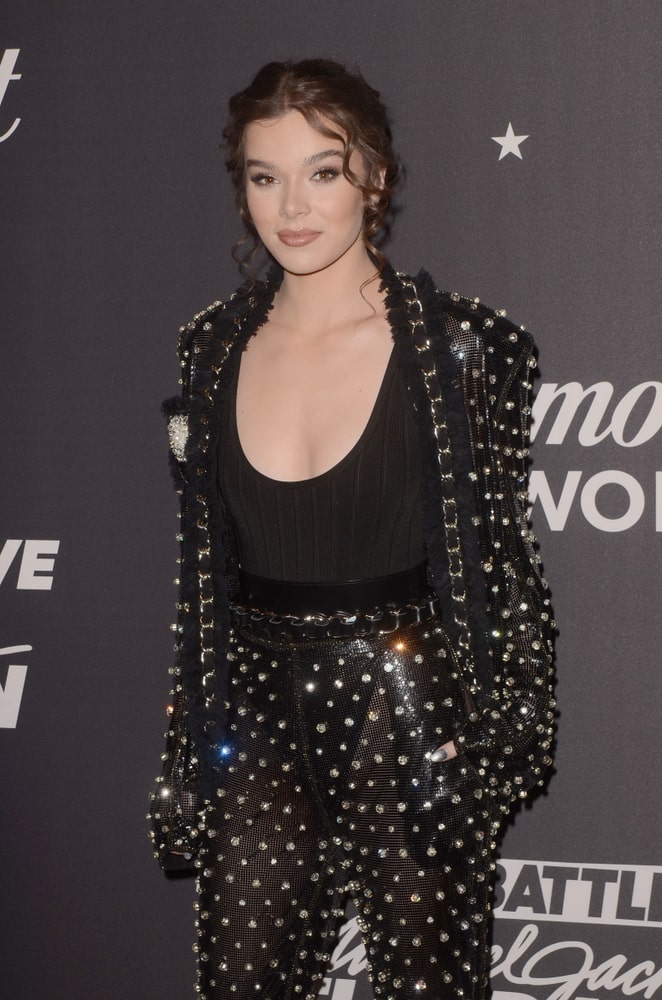 Last January 18, 2018, the actress sports a trendy look showcasing a black top with matching blazer and pants along with a classic upstyle hairstyle with curly tendrils on both sides. This was taken during the Lip Sync Battle LIVE: A Michael Jackson Celebration.

Hailee Steinfeld showed nothing but elegance and femininity with her loose, long hair swept to the side as she attended the 2017 MTV Video Music Awards last August 27, 2017.

The singer showcased a fierce and fashionable look with this messy slicked back hairstyle she wore at the 2017 American Music Awards.

The young actress exhibited her bubbly and playful side with this medium-length, curly hairstyle she wore during the LA Premiere of Pitch Perfect 3 last December 12, 2017. 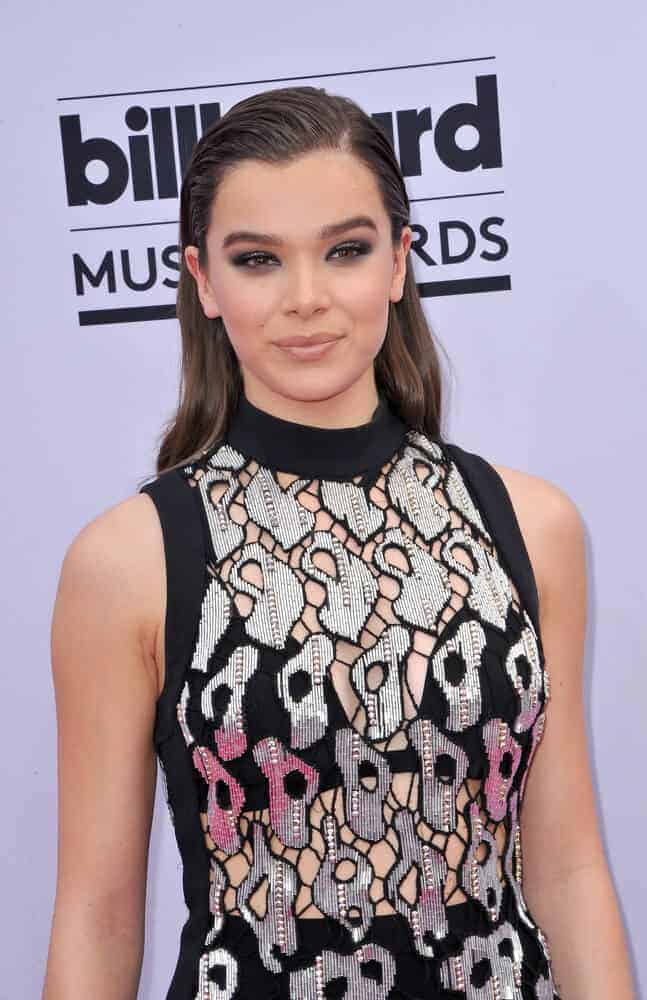 The highly-anticipated singer is at her most sophisticated self as she attended the 2017 Billboard Music Awards with this side-parted slicked back hairstyle.

The young singer wore her side-swept swirls in a little shade lighter during the 2017 Radio Disney Music Awards held at the Microsoft Theater. 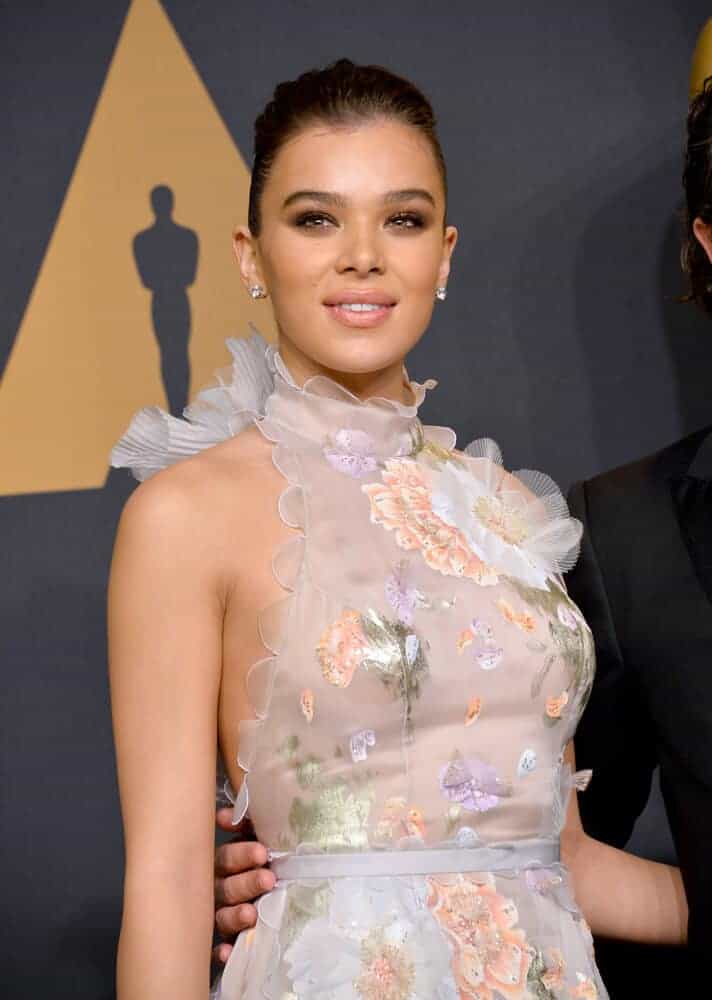 The actress attended the 89th Annual Academy Awards 2017 in an elegant and polished upstyle the effectively emphasized her facial features.

The actress sported a simple and chunky, high bun at the STX Cinemacon Photocall 2016.

Last June 11, 2016, the young singer rocked the stage with her wavy low ponytail during her performance at the Summer Jam Concert. 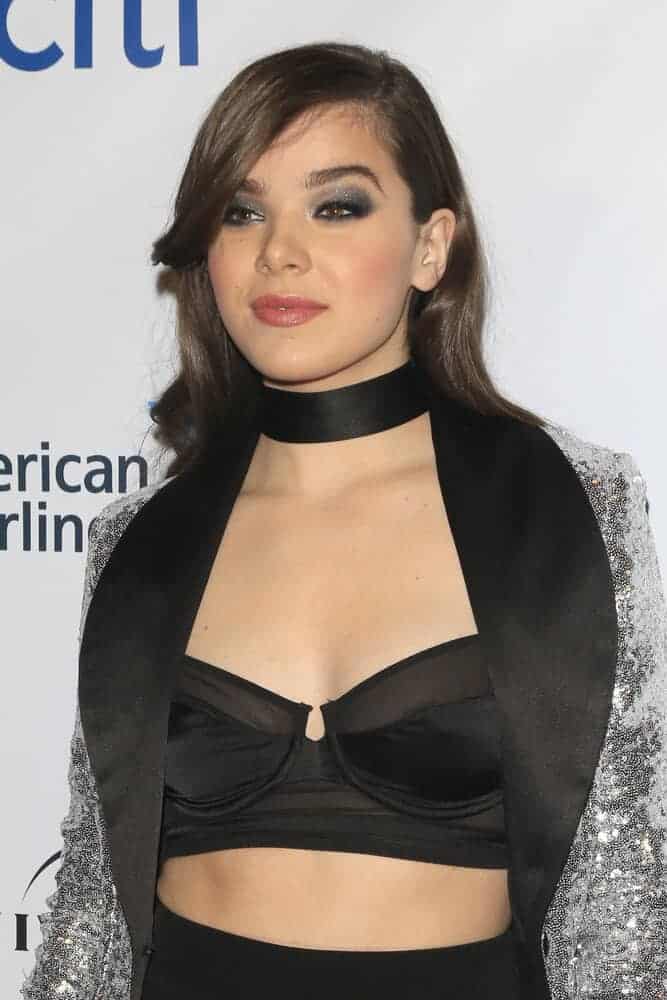 The young actress overflowed with class and confidence with this medium-length hairstyle she wore for the Universal Music Group’s 2016 Grammy After Party.

The American singer looked fierce and mature with her sexy outfit and loose waves during her arrival at the 2016 American Music Awards.

The young actress showcased her innocent and youthful aura with this straight half-up style she wore last December 11, 2016 for the 22nd Annual Critics’ Choice Awards.

Hailee Steinfeld proved that elegance is beauty as she flaunted her sleek and long hair at the 2015 MTV Video Music Awards.

Hailee Steinfeld looked stunning with this high ponytail she wore during the 2015 Billboard Music Awards, May 17, 2015.

Hailee Steinfeld wore a simple, wavy ponytail at the Stand Up 2 Cancer Telecast Arrivals on September 5, 2014.

Hailee Steinfeld looked sweet and young during the CinemaCon Big Screen Achievement Awards as she attended with this half-up hairstyle.

The young actress showcased her youthful self with this ponytail with straight bangs worn at the premiere of Ender’s Game, October 28, 2013.