Take a glance at Channing Tatum’s trendy hairstyles over the years. Discover how the hunk actor experimented various hairdo with his short brunette locks that accentuate his handsome face.

He is widely remembered for the movies Step Up and 21 Jump Street. This talented actor has been an inspiration for many actors and fashion lovers. Usually, he looks great with a short hairstyle and spikes. His Ivy League style looks very neat and clean. The hair is cut very close all towards the back.

At the crown, the hair is grown a little longer along with the headline. If you are Tatum’s fan then surely you haven’t missed his wet look. The hair is cut short on the sides and in the middle, it was three inches longer. He seems to just apply some pomade or gel with his fingers. It looked very shiny.

For a change, we have seen him in hawk faux style. In the middle, a bit of height is achieved and on the sides, it’s cut short. Crewcut completely transformed his looks. There is buzz cut all over. A little pomade is added for the shine.

The classic taper hairstyle makes him look soberer. The short hair is parted and combed on one side. It makes him look very conservative. His 80’s spiked style suits him just perfectly. He looks more dashing than ever. Towards the center, it creates a messy and flattop effect. Burr haircut is something out of the ordinary. You need to be bold to go for such a hairstyle. With this nearly shaved style, his masculine features are highlighted more.

Tatum is a talented actor, dancer, and model. His modeling career was a great success. He appeared in the Ricky Martin video ‘She Bangs’. He did commercials for a number of big brands like Pepsi and Mountain Dew. He walked on the ramp for brands like Armani, Dolce & Gabbana, etc.

Tatum’s acting career in Hollywood started with the movie ‘Coach Carter’. He came into the limelight after his outstanding performance in Step Up. People loved his every move and more importantly his dashing looks. He was seen in the sequels of the commercially successful film G.I. Joe. The Magic Mike sequel and the 21 Jump Street sequel gave him more fame. He was seen in romantic films ‘Dear John’ and ‘The Vow’, both of which were very positively received by the audiences.

He won a number of awards for the different movies he acted in. He got the Teen Choice Awards for Step Up 2 and 21 Jump Street. He won the People’s Choice Award and the MTV Movie Award as well. Besides these, he got nominated for a number of prestigious awards.

Tatum likes to produce films that he acts in. He has already produced some films and wants to be a successful producer one day. He is an inspiration to young people. Watching him on screen is real entertainment.

Here are Channing Tatum’s hairstyles over the years.

Channing Tatum made an appearance at the Los Angeles premiere of ‘Smallfoot’ held on September 22, 2018, in a striped suit and a long comb over hairstyle plus a low fade.

The actor pulled off a short crew cut with spikes in front during the Kingsman: The Golden Circle World Premiere at Odeon Leicester Square on September 18, 2017.

Channing Tatum had a buzz cut haircut incorporated with a low bald fade during the Comic-Con International 2017 for the “Kingsman: The Golden Circle” Photocall on July 20th.

The actor arrived at the “Hail, Caesar!” premiere during the 66th Berlinale International Film Festival on February 11, 2016, with a side-swept hairstyle and stubble beard.

Channing Tatum looked gorgeous in a navy suit and slicked back hairstyle at the world premiere of his movie “Hail, Caesar!” last February 1, 2016.

Channing Tatum looked dapper with slick, side-parted hairstyle at the world premiere of his movie “Hail Caesar!” in 2016. 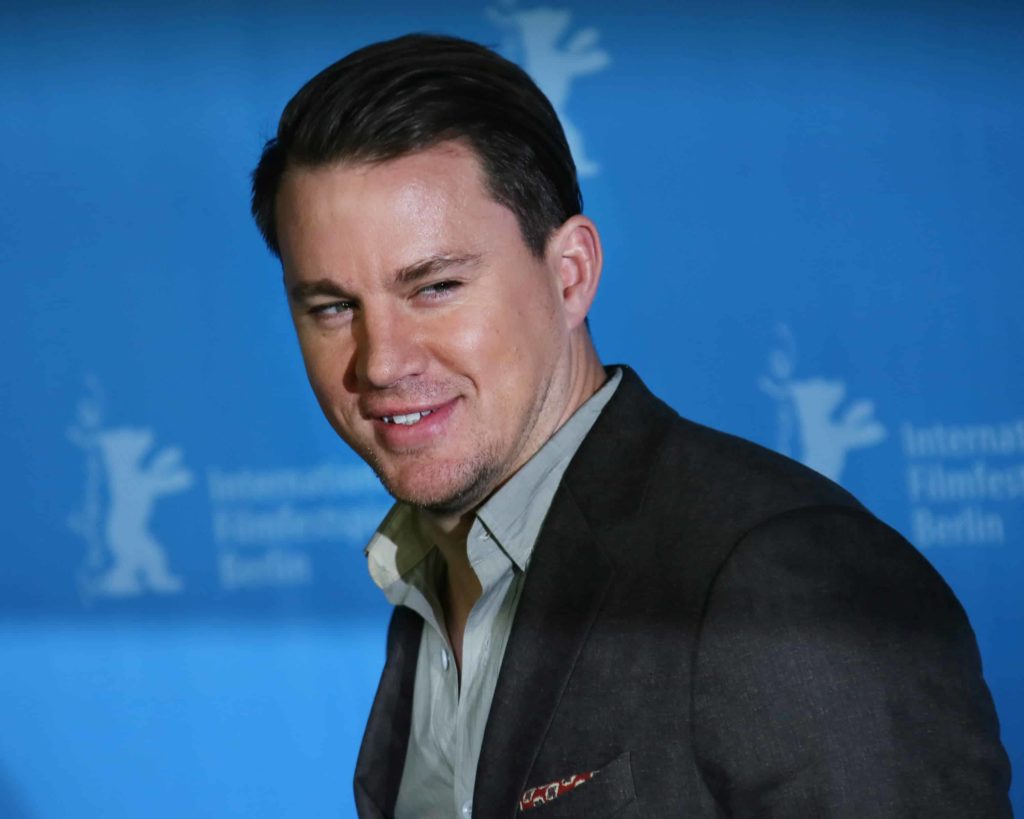 Channing Tatum with a short slicked hair at the “Hail, Caesar!” photocall at the 66th Berlinale Int’l Film Festival in 2016.

Channing Tatum showcased a neat and prim look with his slicked-back hairdo at the world premiere of Quentin Tarantino’s “The Hateful Eight” on December 7, 2015.

The actor looked dashing in a brushed up hairstyle during the world premiere of his movie “Magic Mike XXL” last June 25, 2016. He finished the look with a classic black suit and a blue tie.

The actor rocked a sleek straight hairdo styled in a side-parted way during the Warner Brothers 2015 Presentation at Cinemacon at the Caesars Palace on April 21, 2015

Channing Tatum achieved a slick look with a combed over ‘do at the Los Angeles premiere of his movie “Jupiter Ascending” held on February 2, 2015.

The actor arrived at the 2014 Hollywood Film Awards on November 14th in a sleek navy blue suit paired with his short brushed up hairstyle.

Channing Tatum wore a check suit and tie along with a buzz cut ‘do and some beard during the HFPA Annual Installation Dinner 2014 on August 14th.

Actor Channing Tatum rocked a short side-swept undercut incorporated with a comb-over hairstyle. This was taken at the Los Angeles premiere of “22 Jump Street” held at the Regency Village Theatre on June 10, 2014.

The actor exhibited his short dark locks emphasized with a black bow during the gala premiere of his movie “Foxcatcher” at the 67th Festival de Cannes on May 19, 2014.

Looking all gorgeous and handsome, Channing Tatum showcased his short textured hair that’s side-parted during the ‘Foxcatcher’ photocall at the 67th Annual Cannes Film Festival on May 19, 2014.

The actor styled his dark short hair with shiny front spikes during the 2014 MTV Movie Awards – Press Room at the Nokia Theatre L.A. Live in Los Angeles on April 13th.

Channing Tatum rocked a messy pompadour hairstyle complemented with an all blacktop during the 2014 MTV Movie Awards at the Nokia Theatre LA Live on April 13, 2014.

The actor appeared at the premiere of “Side Effects” at AMC Lincoln Square Theater on January 31, 2013, with a short buzz cut hairstyle and a pitch-black suit. 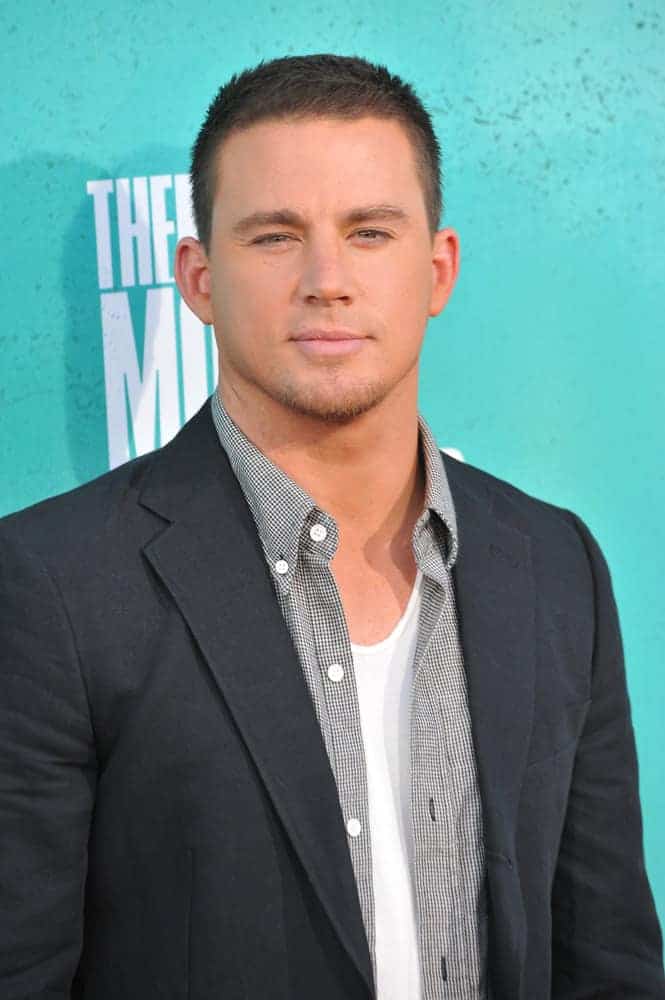 Channing Tatum sported a short crew cut ‘do and some beard during the 2012 MTV Movie Awards at Universal Studios, Hollywood on June 4, 2012.

Channing Tatum paired his slicked back look with a stylish goatee achieving a gentleman look during the 2010 Teen Choice Awards held on August 8, 2010. 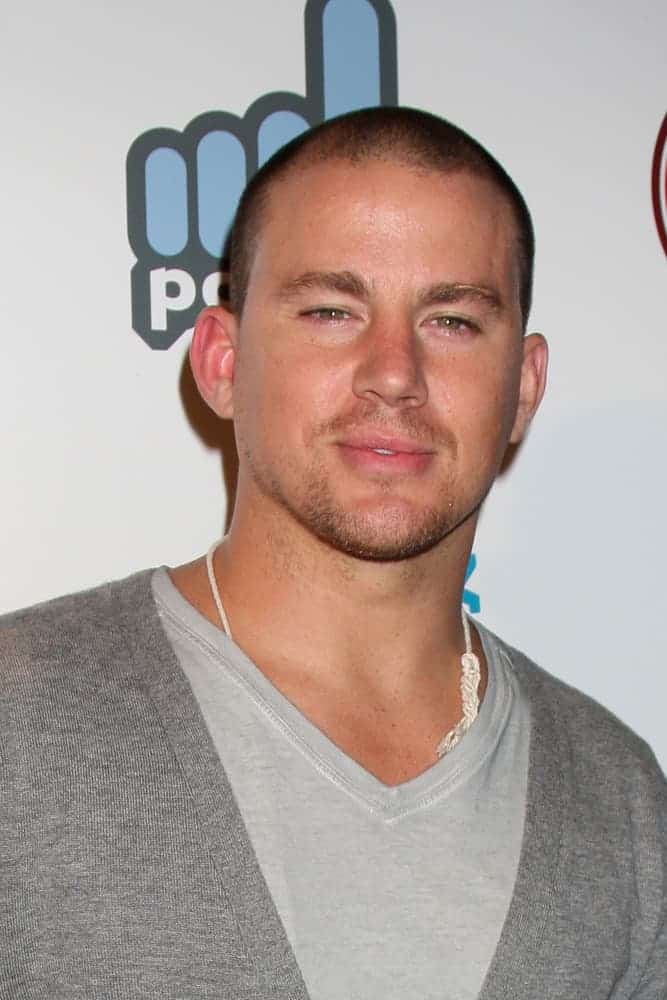 Channing Tatum was spotted at “The From Dusk ’til Con” Party at Stingaree on July 22, 2010, with a buzz cut hairdo and a gray casual getup. 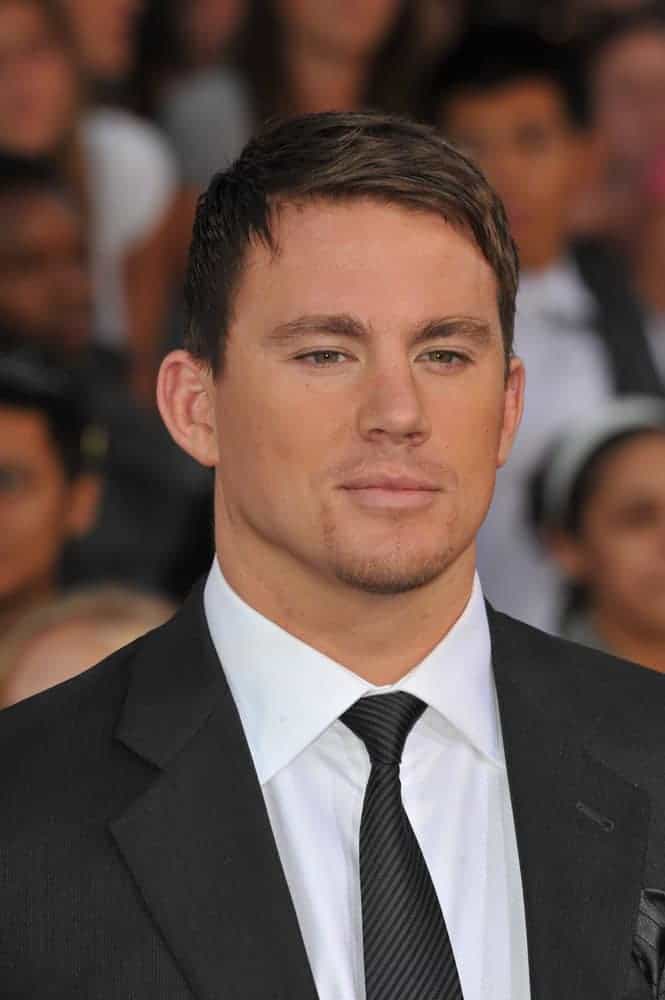 Channing Tatum showcasing his gorgeous side with short side-parted hairstyle and brown highlights. This look was worn at the Los Angeles premiere of his movie “G.I. Joe: The Rise of Cobra” held on August 6, 2009.

Channing Tatum attended the LA premiere of his movie “Stop-Loss” on March 17, 2008, with a crew cut hairstyle complemented with a medium-length goatee. 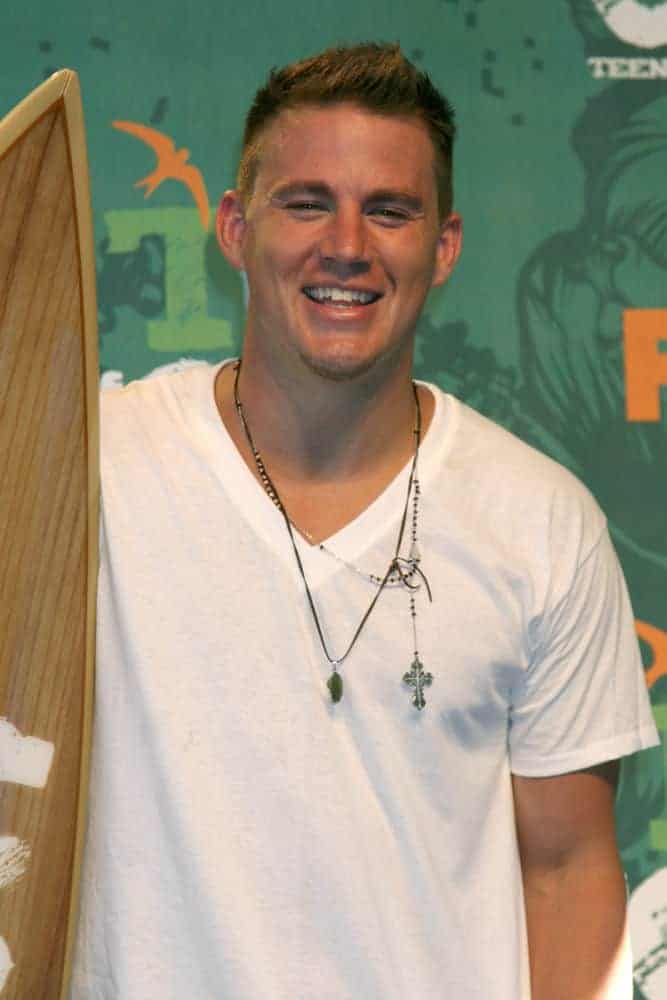 Channing Tatum went for blond and a crew cut spiky hairdo during the Teen Choice Awards 2008 at the Universal Ampitheater held on August 3, 2008.

Channing Tatum sported a tousled quiff and a barely-there goatee during the Film Independent Spirit Awards on February 24, 2007.

Channing Tatum is rocking the spiky hairdo at the Hollywood Life Magazine’s Breakthrough of the Year Awards held on December 10, 2006.

Channing Tatum went for the spiky look plus fade at the “She’s The Man” premiere at Mann’s Village Theater Westwood, CA on March 8, 2006.

How To Straighten Hair For Men : 4 Different Ways