Discover how Ashley Tisdale’s hairstyles transform over the years. Let us walk you through her surprising experimentation with her gorgeous tresses and how confident she flaunted each style.

Ashley Tisdale looked charming in a floral dress and her low-tied ponytail with loose tendrils on both sides. This was worn during the “Stranger Things” Season 3 World Premiere last June 28, 2019.

The actress at the HBO’s Official 2018 Emmy After Party held on September 17, 2018, showcasing a classy look with her short loose hair dyed in honey blonde. It is complemented by stunning dangle earrings and some piercings.

The actress attended the 15th Annual Global Green Pre-Oscar Gala at the NeueHouse on February 28, 2018, with a silver dress and a high bun hairstyle incorporated with tousled tendrils on the sides.

During the Steven Tyler 1st Annual Janies Fund Gala 2018 on January 28th, Ashley Tisdale sports a simple look with her short beach waves. She finishes it with layered necklaces and a classic black dress.

The actress rocks a highlighted beach wave perm on her outgrown hair during the ‘The Walking Dead’ Season 8 Premiere on October 22, 2017. It complements well with her dark lipstick and black getup.

Ashley Tisdale attended the 2017 Billboard Music Awards – Arrivals at the T-Mobile Arena on May 21, 2017, with a sexy black outfit accentuated by her long wavy hair with subtle layers.

The actress arrives at the 5th Annual Beautycon Festival Los Angeles held on August 12, 2017, with white high waisted pants and a cute black top. She finishes the look with a simple loose hairstyle.

The actress looking trendy and sassy with this mid-length hairstyle incorporated with some subtle yet creative layers that produce a soft texture. This style was worn last February 16, 2017 for the DUO Launch. 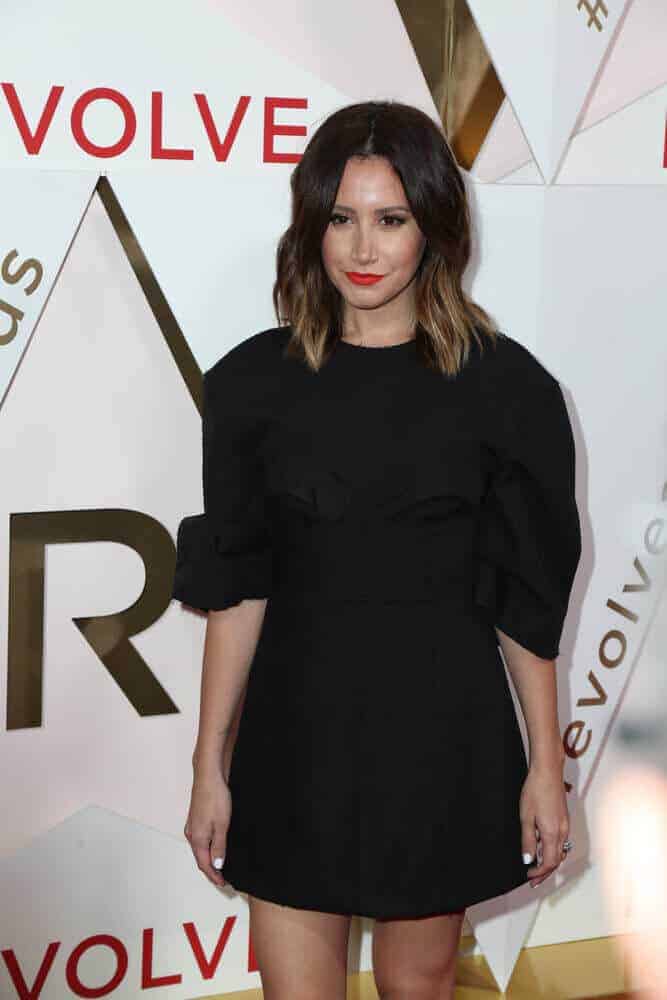 Since Ashley Tisdale is originally a brunette, not maintaining a bleached hair can result in this natural-looking ombre. This gorgeous do was worn especially for the 2017 Revolve Awards at the Dream Hotel Hollywood.

The actress looking like a rock star with her dark-rooted, medium-length tousled hair and her all-black getup. This powerful look was worn last May 10, 2017 for the world premiere of Snatched.

Tisdale’s outgrown hair, created a natural and seamless gradient of brown and blonde. This beautiful look was worn last April 15, 2016 for the 23rd Annual Race To Erase MS Gala.

The actress exhibited the beauty of blonde, beach waves during the 4th Annual Beautycon Festival at the Los Angeles Convention Center last June 9, 2016.

The actress overflowed with posh and class with this elegant low ponytail she wore for The Art of Elysium Ninth Annual Heaven Gala, January 9, 2016.

Tisdale upgraded her look during the 2015 Guitar Hero Live Launch Party by going Mahogany. Her medium-length, reddish brown hair is arranged in a half-up style.

The actress unleashed her sunny and happy side with her straight and loose hair. This style, and her unique printed dress, was worn last May 9, 2015 for the premiere of Tomorrow Land.

The American actress showcased nothing but elegance with her sleek and straight hairstyle during the Elton John Oscar Party 2015.

Ashley Tisdale looked ravishing at the “The Walking Dead” Season 5 Premiere at Universal City Walk on October 2, 2014, with her long blonde hair. It has subtle waves providing volume on her sleek hair. 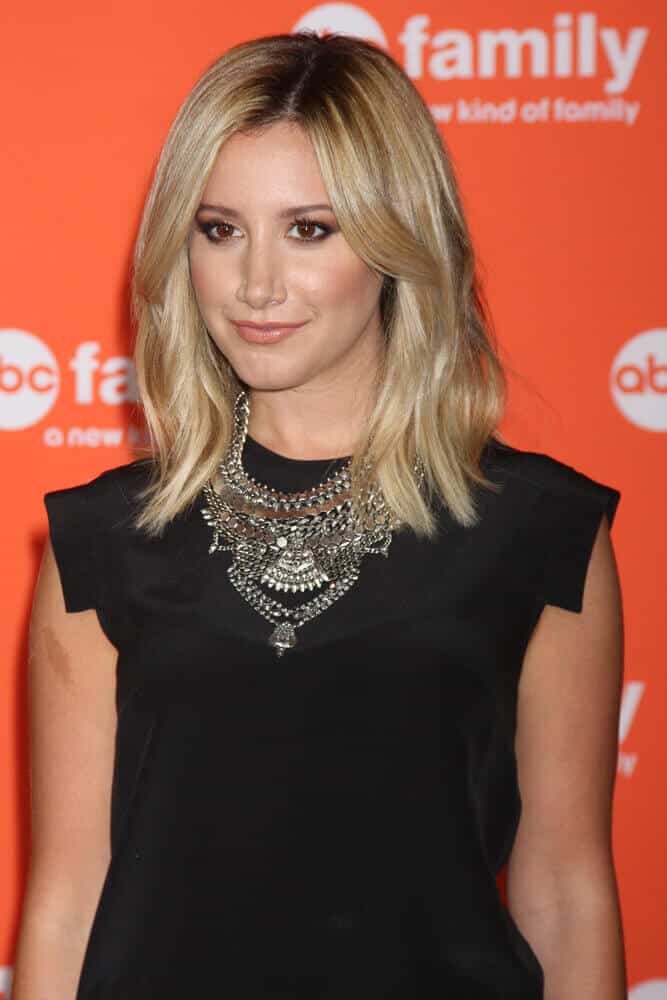 Tisdale exhibited not just beauty but also sophistication with this mid-length waves she wore during the 2014 Creative Daytime Emmy Awards.

The actress is oozing with sophistication in a chic black dress along with her wavy highlighted blonde hair which was worn during the That Awkward Moment Los Angeles Premiere on January 27, 2014 in Los Angeles, CA.

The actress knows how to play with colors as well. She wore this blonde and gray mash-up last October 29, 2013 for the Lucky Brand Store Opening.

Tisdale overflowed with sexiness and confidence during the Scary Movie V Los Angeles Premiere last April 11, 2013. She wore her extravagant night gown with her long and sleek, dark-rooted hair.

The actress made the typical half-up style with tendrils a little bit trendier by accenting a small portion of her hair with a violet dye. This look was worn last February 5, 2013 for the premiere of Safe Haven.

The actress showcased an elegant, prim and proper look whit this ponytail incorporated with a black headband. This hairstyle was worn last January 2013 for the LA premiere of Movie 43 at Grauman’s Chinese Theatre, Hollywood.